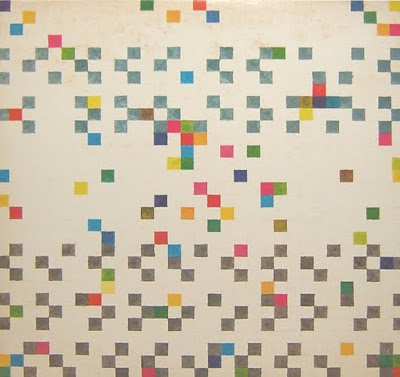 Even though I dubbed the marvelous NAOKI ASAI LP posted below the most intriguing record found during 2011, the absolutely best score of the past year has to be the one and only release by PVLN. Actually, calling this the best score of the year is a bit misleading - the best acquisition is more correct seeing as I had to cough up more than a fair share of dough to get my grubby hands on it. Worth every penny though, and it would be even if it this record actually popped up for sale once in a while. Which it never does.

Hailing from Nagoya, PVLN consisted of four young dudes approximately in their late teens/early twenties who somehow belted out a LP which at least I'd consider to be the be-all, end-all of Japanese new wave. Or at very least really, really, really, REALLY good. The "One" LP also happened to be the first release on cult label Electric Lady Land/ELL. Starting out as a livehouse (still active to this day), ELL also released records for a couple of years during the early to mid-eighties - the most famous one probably being the "From Electric Lady Land '83" compilation. The label initially had a new wave-centric approach, but for some reason changed their focus around 1984 and from then on exclusively released metal records (a good few of them supposedly quite sought after, like the CROWLEY 8" for instance).

So, what do PVLN have in store for us then? Bubbling up at the beginning of the A side is the wobbly synthesizer ditty "Alfred ni Sagasu" (= "Tribute to Alfred" ...but which Alfred? Nobel? Hitchcock? Batman's butler?). After less than a minute we're mercilessly plunged into "Computer Uranai". Let me tell you; even if the rest of this records was total and utter dog shit, I might still be inclined to consider it one of the best new wave records based on the strenght of "Computer Uranai" alone. Even if the rest of this album isn't really comparable to this track, it still sets the tone somewhat for "One": clever composition, incredibly tight and passionate performance and, most importantly, a totally charming DIY touch. You get the feeling that just about anything could happen ...which is does just after the one minute mark. Even though I've listened to "Computer Uranai" AT LEAST a million gazillion times, the shit that goes down halfway trough still has me lost for words. Just ...wow! If you for some unfathomable reason would only to listen to one track from "One" - this is the one. Absolutely essential listening!

How about the rest of the album then? Well, fortunately this is definitely NOT a one-tracker. Perhaps their greatness may take a second to digest as it is of a more subtle kind (or, rather, because "Computer Uranai" is so astonishingly UN-subtle), but nevertheless - in my opinion each and every track FUCKING ROCKS! Even though the instrumentation for most of the following tracks is relatively subdued (keyboardist Kiyoto eschewing freak-out electronics for a more straightforward organ sound), all the songs have their own charm and peculiar personality, with plenty of quirks included. This is just excellent songwriting, pure and simple. Big thumbs up to PVLN for keeping their tracks at an almost Wire-like brevity (few venture much beyond three minutes) which means no frills or wankery - just a relentless focus on the songs themselves. Bravo!

Pointing out noteworthy tracks seems like a pointless exercise considering they are ALL noteworthy. So many fantastic, shiver-inducing moments - the overexcited refrain of "Minna no Uta", the lenghty atmospheric introduction to "Last Dance", the blissfully cheeky "Anataha Boku Janai", the all-out brilliance of aforementioned "Computer Uranai", and so on. The indirectly most amazing bit of the record is the last track on the A side. An amazingly heartfelt performance just dripping of bittersweet remembrance ...with the kicker being that it is named "Obaasan no Oshiri". Yes, that's right - the title of the song is "Grandma's Buttocks"! I've included scans of the lyric sheet in case anybody's feeling brave enough to attemt a translation. As for myself, I can only imagine this song to be about something akin to the epic tale told in a certain EFL rage comic... To my knowledge, the "One" LP is the only documented work of PVLN, even though both the pictures in the accompanying booklet as well as the musical sophistication of the band suggest they played out on at least a pretty regular basis. After PVLN folded bassist Hiko started his solo project (HIKO'S) putting out an EP on ELL as well as appearing on the "From Electric Lady Land '83" compilation. I think he was also a member of GENBAKU ONANIES for a while. As far as the other members go - I have no idea if they ever went on to perform with other bands or not.

A final note about PVLN - the actual name of the band is ピヴィレヌ, but it seems like it's supposed to be romanized as just "PVLN" rather than the more literal transcription "Piviren" (which I initially though was what the band was called). This is all according to ELL founder Mohei Hirano (quoted in the book "PUNK/NEW WAVE JAPAN 77-86"), and I do get the impression that he knows what he's talking about. Also, if anybody has ANY additional information about PVLN at all, I would be very keen indeed to take part of it (not to mention grateful).

And lastly - HAPPY NEW YEAR! I would like to say a heartfelt thank you to all my readers for visiting and wish you all the very best for 2012. More obscure Japanese stuff lined up, but for now please enjoy PVLN's "One" - it really is the best shit ever. 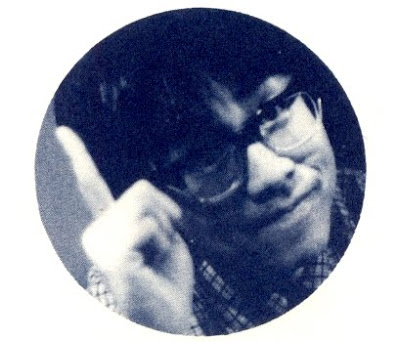 i feel like my brain has literally been melted and then re-solidified, melted again, and then finally slurped up by this horrifically perfect band. and they were only teenagers? and yet this is now one of my favorite albums of all time. how can both of these statements be true? how can they both NOT be true? god, this is just so unbelievably perfect. it's new wave with the chaotic tendencies of hardcore punk. it's the vocals, the keyboards, the guitars, the sparse drumming . . . fucking everything, man.

Your enthusiasm is lost on me. Candy-coated delivery and a bevy of cheap synth moves – or so I hear. A few punch through, however. I suppose let's say, it's not for everyone?

Thank you so much for this!

I was looking for this record for quite some time!

You are great and I love you.

Could you reupload? The link is dead :(

reupload would be sick